The Monaco GP is one of the highlights of the Riviera life, marking the start of the summer season. Each year, for almost 80 years, the small principality of Monaco gathers the world’s elite around an iconic automobile race that each driver dreams to one day win. For some reason, Monaco gained status among other races that clearly cannot be understated!

Monaco is one of the world’s most famous places to optimise your taxes! With no income taxes for residents, Monaco clearly settles itself as one of the top cities in the world for UHNWI, traditionally topping the Knight Frank ranking. Formula One is one of the most expensive sports in the world, with big money teams always searching for sponsors, their target audience clearly is in Monaco. In addition to this, a fair number of drivers do live in Monaco to benefit from the friendly tax policies of the country, such as Lewis Hamilton, Max Verstappen, Valtteri Bottas and Daniel Ricciardo. Obviously, Charles Leclerc is also born in the Principality.

Being a street circuit Monaco offers stunning views on the track to a fair share of the residents but not only. The race passes by the port, making superyachts one of the highlights of the race. With great views on the chicane all the way to the piscine, the yachts have stunning access to the race. Incredibly visitors can buy yacht tickets and watch the race live from the boats.  In addition to the yacht parties held on most of the yachts in the port, each bar and nightclub in the city vibrate to the rhythm of F1. The Sunset for example is one of the most flagrant examples, taking place on the beach of the Meridien.

Monaco is one of the most challenging races and every driver has always wanted to win it. While it’s now a race that is almost always won from the pole, back in the days the smaller car could overtake a lot more. The greatest drivers in history have won in Monaco across the almost 80 years the race has been going on. Part of The Triple Crown of Motorsport, including the Indianapolis 500 (first held in 1911), the 24 Hours of Le Mans (first held in 1923) and the Monaco Grand Prix (first held in 1929), it was only achieved by Graham Hill!

There is quite nothing like the Monaco Grand Prix in existence, an entire city that vibrates around Formula One, where the best pilots drive the fastest cars in the world in between superyachts and million dollars apartments! If you ever head to Monaco, don’t miss the opportunity to visit the neighbouring French Riviera, and the city and Cannes to fully understand what makes this GP so unique. 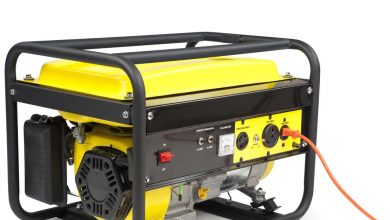 5 Reasons To Own a Generator